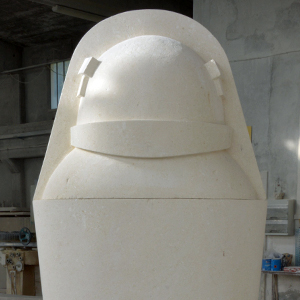 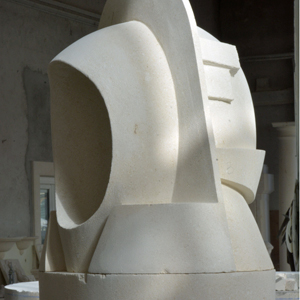 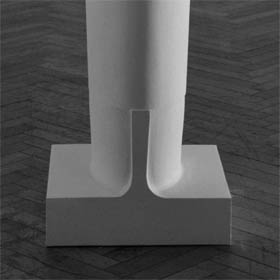 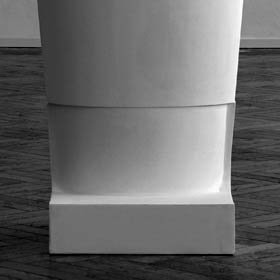 Belfagor is an astronaut’s helmet on a sarcophagus plinth. It's the attempt to capture the space surrounding a sculpture and give nothingness a physical shape. Void has no boundaries, but even though the statue is solid it may give you a sense of it. The name is taken from an French TV series of the Sixties, Belphégor, le phantôme du Louvre, which haunts the Egyptian Collection of the Museum. The original Belfagor is of course a most humble servant of Lucifer.

The first version of Belfagor was made by hand in shell limestone (pietra di Vicenza) and was first shown here. After that I drafted a slightly different version of the sculpture with Rhino which was produced with a CNC milling machine and painted white (see show). Digital machines and synthetic material gave the statue a science-fiction appeal, whereas the handmade stone sculpture is closer to an egyptian sarcophagus.